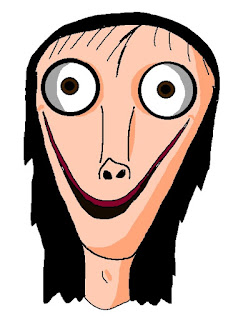 There is an internet phenomenon going around: MOMO.
For everyone who doesn't know MOMO, just a short introduction: Momo is an account on WhatsApp that contacts random people and tells them scary things... or so...
Anyway: We managed to get an interview with one of our favorite experts: John Cansey. He told us that he managed to scare the shit out of the user behind momo.

Mr. Cansey, I want to know a little more about you. So in short, who are you?

My name is John Cansey and I am a professional ghosthunter from England. I work with my three best friends: Quincy, Cliff and Phil. Together we are the Mystery Bastards.

So, Mr. Cansey, you told everybody that you managed to scare momo. Is that correct?

Yes, no big deal. What I really want to tell you: I am going to publish my first biography this fall and I would be very happy if...

OK, Mr. Cansey we come back to this later. Tell me about momo. Who called first?

I did of course. - I think she's scared because I am a real ghost hunter and I know how to handle things like that. I described this also in my new book...

I called her because I wanted her to stop. I mean: I am getting paid to tell ghosts and creepy people to stop. Even if I have be become creepy all by myself. That's business!

You said you wanted her to stop? So what did she do?

What did she do? She is scaring the whole world with this creepy calls and chats on whatsapp. The media is focussing on her like she's a big star. Of course she is not, but I really want the press to focus on the main problems of the world. Onto the important things like my new biography.

OK, OK. We'll get to that soon. But first let me repeat the situation: You decided that MOMO has to stop. So you called her... and what happened afterwards.

Well, I told her some secrets that only statan knows.

You really wanna know? Okay... I told her [censored] and after that I put in more detail like [censored]. 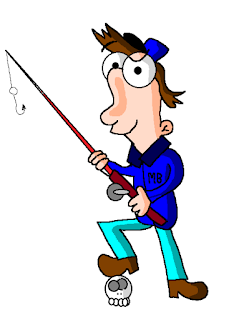 May I tell you more about my biography? OK, my biography or better the biography of the Mystery Bastards will be in bookstores this fall. It's called "Mystery Bastards: The beginning" and it will be avilable in the English and German language. It's not only a boring biography book, It's a real graphic novel written by a guy named Patrick Wagner...